The elves are coming in for a landing now.  It’s been a fun month!  Alus’avae ent soehlae’ivae shunti quen aelou!  (Sweet water and light laughter until we next meet.)

In June we highlight the primary foes of the elves: the orcs!

Spacefaring elves maintain much the same religious traditions as their terrestrial brethren, and priesthood structure and appearance varies little amongst those spheres nominally under the jurisdiction of the Imperial Navy. Priests can be found serving in high numbers on virtually all Armadas, and most Men-o-War will have at least one amongst their initial crew. Armadas generally have a small shrine dedicated to the whole elven pantheon, while IEN outposts and crown stations have at least one small temple with multiple shrines. Numerous holy orders and priestly sects operate within the umbrella of the IEN, while even more operate independently to further the goals of their deity. END_OF_DOCUMENT_TOKEN_TO_BE_REPLACED

A filk of “The Royal Oak” (traditional) inspired by “The Toy Soldier Saga.” Available on Sable’s Bandcamp Page.

END_OF_DOCUMENT_TOKEN_TO_BE_REPLACED

A Treatise on Espruar by Sable Aradia. Copyright (c) 1993 by Sable Aradia and released under a Creative Commons Attribution Non-Commerical No-Derivatives license. Use of Wizards of the Coast material is in no way intended to challenge copyright or intellectual property. http://www.wizards.com

Several years ago I compiled a complete dictionary of Realmspace elvish, largely because I found it frustrating that all the other Elven dictionaries out there used Tolkien elvish as a base and added Espruar (Realms elvish) words.  First of all, I didn’t feel this was necessary because Espruar is an essentially complete language in and of itself.  Secondly, even if it were not, the grammar, rules and syntax of the Tolkien elvish tongues are completely different from those of Elvish, and melding the two creates a true Frankenstein’s monster of a language.

END_OF_DOCUMENT_TOKEN_TO_BE_REPLACED 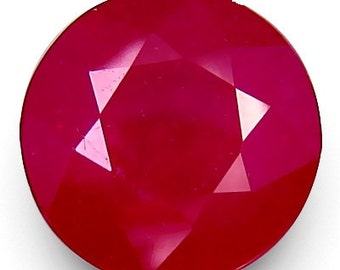 The Lion’s Heart is a great multi-faceted gemstone over five feet across. It appears to be made of crimson-hued diamond, but is far harder than any known substance. The overall shape is circular, but it seems to pulse with a life all its own. The Heart emits a low, reddish glow and has a low, deep rhythmic sound resounding from it, as if it were a living, beating heart.
END_OF_DOCUMENT_TOKEN_TO_BE_REPLACED

The NPCs of Lionheart

Grand Admiral Lylanna is a middle-aged elf and a career officer. She is a grey elf from the world of Ladethvanna “Forest of Eternal Night,” a small elvish colony in a distant sphere. Lylanna is quite small, even for an elf. She only stands 4’ 11” tall, and weighs a meek 87 lbs. Her silver curls are cut pageboy style, still thick, lustrous, and match her steel gray eyes. Lylanna’s face is small and triangular, defined by tiny worry lines about her eyes. Her appearance is deceptive; despite her size, she is extremely imposing and confident. She is very proud and carries herself with an air of dignity and power.
END_OF_DOCUMENT_TOKEN_TO_BE_REPLACED

Crystal spheres are one of the unusual features of Spelljammer that set the game apart from other fantasy space roleplaying games. Last time, in “Crystal Spheres: Part 1 – What is a Crystal Sphere?” I wrote about the in-character rules and beliefs that come with crystal spheres. This time, I’m going to explain why I think they can be a really interesting feature.

As I said last time, there are other fantasy space roleplaying games out there. Other games do not have crystal spheres and the phlogiston. So why do we need to use this stuff that Jeff Grubb created?

I believe that all the strange things that Jeff Grubb created for Spelljammer – including the crystal spheres – are actually solutions to problems. END_OF_DOCUMENT_TOKEN_TO_BE_REPLACED

A young, glittering collection of stars looks like an aerial burst and is surrounded by clouds of interstellar gas and dust — the raw material for new star formation. The nebula, located 20,000 light-years away in the constellation Carina, contains a central cluster of huge, hot stars, called NGC 3603. Most of the stars in the cluster were born around the same time but differ in size, mass, temperature, and color.

I love the work Adam has done on the Elven Navy and its denizens. I hope you enjoy it as much as I do! ~ Blessings, Sable

This is my rendering of Lionheart, headquarters of the IEN. It is my attempt to try to give this place the detail that it both needs and deserves. I have taken great liberties with this document, as the details of the base were left vague at best. I have read the tiny little description in the Radiant Dragon novel, but my version does vary from what was written. I’ve tried to stay as true to form as I can, but recent releases detailing elvish magic and power have changed things considerably. By necessity, I’ve had to include High Magic and its implications on the Fleet, as well as other factors. Many of my ideas were spawned from reading Cormanthor, Kingdom of Elves, Elves of Evermeet, and Evermeet, a Novel. Thus, this document has a colored view of elves as extremely magical beings capable of creating something very special. I have given Lionheart a great deal of power and size that may not be possible with some games. It is my belief that a military the size of the IEN would need a vast headquarters to run their fleet from, not a simple ring of armadas. Such a ring would not have the facilities I believe the elves would need to effectively run their fleet across hundreds of spheres. Thus, I have made some changes in design:
END_OF_DOCUMENT_TOKEN_TO_BE_REPLACED