This world map shows the primary campaign world, Rielun, within my Spelljammer Gone Wild steampunk cosmology for D&D v.3.5. The map was created using the free version of a program called Hexographer.

You can read about the world’s prehistory here.

While I had completed this map in Hexographer some time ago, I never got around to sharing it on here. This is now the official Time of Ages campaign setting map from which all others will be created.

The primary world for my Time of Ages 3E campaign setting set in my Steampunk Spelljammer cosmology. 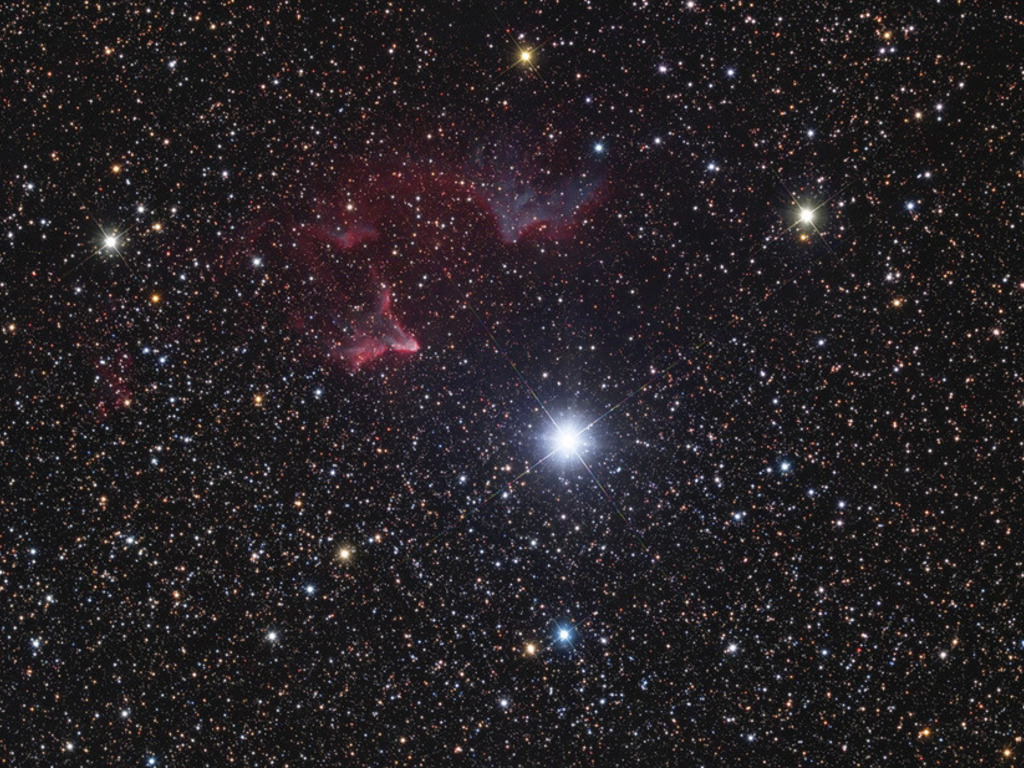 Welcome to the Sea of Stars

The gods were thrown down and the world shattered into floating islands. The dragons now reign unchallenged under their Empress. It is a place of high magic and high adventure; where ghosts dance and trees sing, ships fly and books read their stories out loud. There are lands of secrets and mysteries; lost cities and forbidden knowledge, bound demons and dark magics.

Prepare yourself to venture out on the Sea of Stars. Explore a world of adventure without end, magic without limits, and dragons without fear.

Visit the Sea of Stars with this Adventure

For those new to the setting there is an adventure for 1st level Pathfinder characters:

It is a short exploration themed adventure and includes an introduction to the Sea of Stars setting.

This Kickstarter campaign is looking to raise a minimum of $1350 to print these books for the ORL or Pathfinder systems.  More money pledged will make for bigger and better projects involving original art and more material.  They’re well on their way to the minimum goal.

Thanks to Dale “Xoriel” Norman, moderator of the Spelljammer Google+ Community, for cluing me on to this project!

This image by deviantART artist Ignacio Bazán Lazcano would be how I would depict the steam mechs of the core worlds of SJGW’s Steampunk Spelljammer universe.

The steam mechs of the core are a little more mech and a little less magic. Such mechs are well taken care of by their handlers, although ages of warfare makes most steam mechs look less shiny. There is a darkness to how steam mechs are viewed in the core worlds. The constructs are seen as dangerous, dirty, and frightening even though they are required for the security of the Empire of Monarchs.

Steam mechs in the far reaches of the Aether (like those seen in Rielunspace) wouldn’t be as advanced as those near the core worlds. Such mechs are more magical than mechanic, and they are built for their aesthetics, especially by the Elven Flotillas. (imagine a Elven Warbird spelljammer morphed into…

If you would like to contribute to the Spelljammer Wiki, we would welcome your input!  Here is the link: http://spelljammer.wikia.com/wiki/Spelljammer_Wiki.  Please only include canon material, and site your sources.  Items without sources cited will just be removed.  Thanks for contributing to a great project! The Blueskins of Wildspace are a widespread and varied race. They all possess blue or bluish colored skin, vivid eye-color, and features that are usually considered attractive to humans, elves and halflings. All blueskins share a natural skill with magic and arcane sciences, and so are amongst the most renowned magic-users and scientists in the Known Spheres. Blueskin ears naturally come to a point and continue to grow over their entire lives, potentially becoming quite large (and even bat-like in some cases). Most Blueskins trim their ears regularly, some allowing only a moderate point while others keep them rounded like human ears.

Blueskins  are graceful and slim, and stand about 5 to 6 feet tall. They count as medium-sized creatures and have a base movement rate of 40 feet per round. They have darkvision to a range of 120 feet and have a knack for picking pockets and trickery.
Blueskin’s lithe form gives it a bonus of one point to its starting dexterity score. Their silver tongues also give them a one point bonus to their starting charisma score. Unfortunately, they lack in muscle mass and must deduct one point from their starting strength score. These ability modifications cannot increase a score above 18 or reduce it below 3.

Blueskins enjoy a +3 save vs. cold and cold spells. They have a +2 bonus to save vs. magic, and can see magical auras (per the detect magic spell). They enjoy a +1 bonus to hit with daggers and darts.