Earlier this week we ran a story called Adventures in Arcane Space Spelljammer show launches on Twitch TV and posted a link to the a YouTube video.

But there is a second YouTube video, as episode 1 of the show was split into two parts. So here are both parts so that you can catch up. 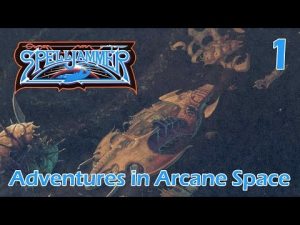 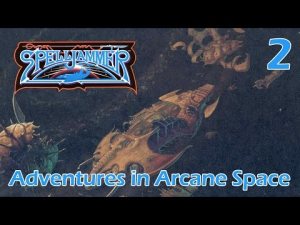 You can watch the next show live on Saturday from 12 noon to 4pm EST. 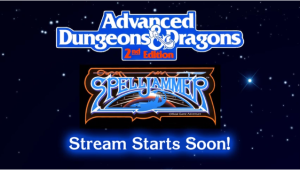 Auld Dragon is one of the regulars over at the Spelljammer forum at The Piazza. He also has a YouTube channel, where he has been uploading Lets Play videos of D&D games for some time.

Last Saturday, at 12.00 noon EST, he broadcast the first episode of a new a live-streamed 2nd Edition AD&D Spelljammer game on his Twitch TV channel.

Called, Adventures in Arcane Space, the show features some of the viewers of Auld Dragon’s channel testing out Roll 20 for the first time.

Catch up on You Tube

ff on The Rock of Bral, with the player characters being summoned to a drinking establishment, called The Rampant Lion, to meet with a mysterious stranger who is looking for some people to help him carry out a mission for The Seekers.

Welcome to Adventures in Arcane Space campaign, an Advanced Dungeons & Dragons Second Edition Spelljammer campaign played on Roll20 with viewers from my channel!

Don’t forget that Episode 2 will be broadcasting live this forthcoming Saturday, from 12.00 noon to 4pm EST, on Twitch TV.