Ahoy there, me hearties!  I’m mid-voyage as I write this missive, and it’s difficult to send news home, so you may expect that my writings will be somewhat sparse this month.  However, I will do my best to keep you up to date on the going-ons in the Universe!

This Month’s Theme: Horrors of Spelljammer

What better way to celebrate All Hallows’ month than by writing about the creepiness of Spelljammer?  If you want to submit something to us, see our Submission Guidelines.

Bruce Heard, with the aid of Thorfinn Tait Cartography, is almost ready to release his Spelljammer-inspired World of Calidar, which uses the Dungeon World system.  We will be posting updates throughout the month.

Aaron Siddall, master illustrator, continues his work on the Blood and Treasure system adaptation of Spelljammer, which he calls Voidjammer.  We’ll be posting updates from him throughout the month as well.

AuldDragon continues his series on the ships of Mystara, adapted for the Spelljammer setting.

The Toy Soldier Saga readings and likely writing updates is still taking a hiatus during my book tour for my non-fiction book, The Witch’s Eight Paths of Power.  When I return from that in October I will be heading right into National Novel Writing Month, which I may use to begin the fourth book in the series, Sweet Water & Light Laughter.  I’ll be posting more updates closer to the time!

Most of us know him as a brilliantly talented artist and we use his work extensively throughout the fanzine, but did you know that he’s also a fiction-writer?  He’ll be posting updates about his Spelljammer novella, “The Dark Heart of Shar,” and we’ll be keeping you informed!  He’s also been releasing some new art, which we will be featuring.

Sometime while I wasn’t looking this summer, DriveThruRPGs listed a couple old-new Spelljammer products on pdf!  We’ll be providing links to those so that you can get your own copies.

The Voyages of Deryn Naythas

Deryn continues to create his vast and involved spheres for our French-speaking Spelljammer fans!  We will occasionally post links to his vastly creative blog and he’ll be posting stuff for us as well!

Lots going on in the Wilds of Space this month!  Hope you’ll join us for the voyage! 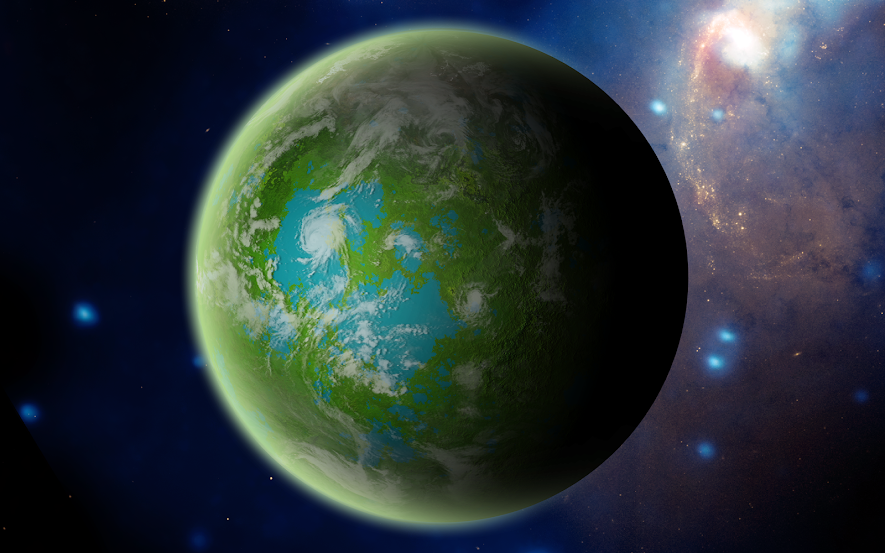 The entire moon is forested, with some inland seas. Conservation is a number one priority for the elves.

There are a number of different clans, but the Sòldor hold most of the power, controlling the other clans and indeed the moon itself through an academy called the Tòrr-Gàrraidh. Originally founded by the Tolarin to manage the moon’s forests, the Tòrr-Gàrraidh has now become a sinister name for the ruling Sòldor junta.

Alorea’s gnomes were subjugated by the Tòrr-Gàrraidh centuries ago, and are now used as slaves, kept in line by a magical form of torture.

Alorea has already made an appearance in Melchia’s story arc (“The Spy”) in Under the Great Vault.

Join 492 other followers
Follow Wildspace: The Spelljammer Fanzine on WordPress.com